Some of you have already seen the painting that follows, so I'll throw in a little
backstory to make it more interesting:

I was stopped at the intersection of Sunset and Mountcastle and got to looking at the way
the stoplights for the oncoming traffic were reflecting in the overhead street sign, and it seemed like it
would make a fairly entertaining picture. The materials at hand just then were a stack of ad slicks
in the floorboard and one of those Uniball pens-of-the-future with that really cool blue-black ink.
I grabbed a slick, turned it over to its unprinted side, set it on the passenger seat,
and made this very rapid sketch: 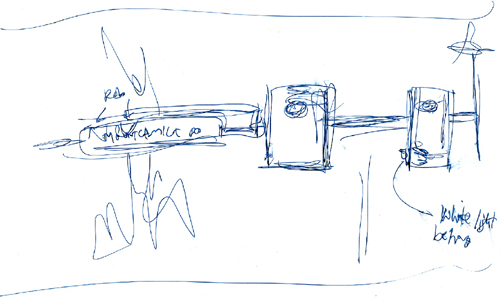 Let's look closer. In the following detail, you can see I drew the sign in two places, its correct position being
about halfway between them. I also marked the placement of both reflections, and since even I couldn't figure out
what I'd done so far, I drew two arrows to indicate they were "Red":

Notice that I spelled "Red" R-e-b. Real nice, huh. And here's my representation of a tree in the background: 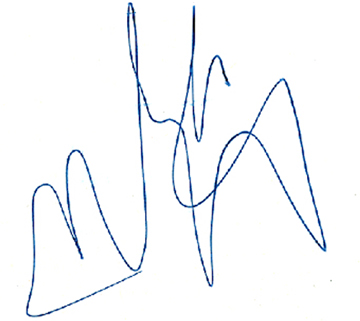 From my point of view, I could see the glare of a streetlamp coming around the lower corner of the right-hand
traffic signal, so I drew a line down from it and made a note reminding myself that there was "white light behind": 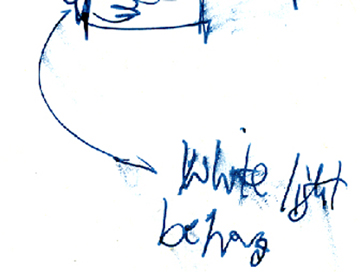 Actually, it seems to say "white light behovg." That's because I got as far as "beh-" and then trailed off
into a scrawl when the guy behind me laid on his horn, as if to suggest that it'd be a swell idea if I sat up
behind the wheel and joined in the flow once again. You know the kind. The nerve. That light was
green for no more than five seconds. Ten, tops.

Last of all, when I got to where I was going, I took a little more time and did this--

-- partly to keep in mind the style of lettering on the sign, and partly to prove to myself
that I was at least capable of spelling something correctly.

Anyway, as I was saying to begin with, the picture follows below.

Hey, should that be "Thurberian"? 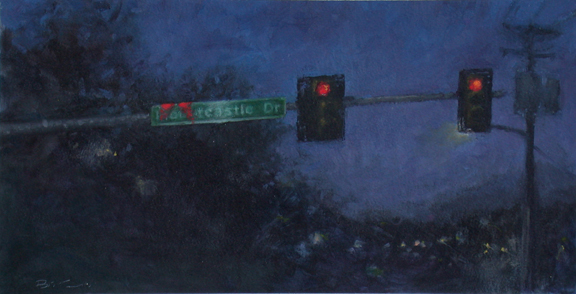 Previously on Picture of the Week: